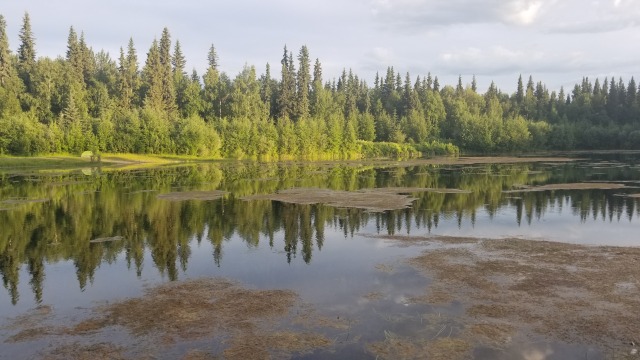 It was nearly a year to the day when I suffered from one of my biggest failures in ultra running, choosing to quit the Angel Creek 50 Mile trail race at mile 44.5. The betrayal I felt at the hands of my body’s inability to cope with the stress that I was forcing it to endure burned deep inside of me and I desperately yearned for retribution. When I ran in other races, I thought of my performance of last year vowing not to have a repeat of that experience this time. During every long run I thought of that day that I quit, the pain, the mental suffering and what I felt at the time was weakness on my part.

I trained consistently and focused on reducing the wear and tear on my body leading up to the race. I knew for the last year of running that no matter what I do the last 8 miles would be the hardest section of the trail and regardless of my preparation I will suffer. It’s so funny to me as the memory fades, how what was so clear for me that it was the right decision to abandon the race for health and safety reasons last year. As time pulls at the memory of that race I begin to have doubts that I made the right choices at the moment. Of course I did, otherwise I wouldn’t still be running, but my mind is messing with me and I don’t like it.

I arrived at the race physically in better shape than last year, stronger and better prepared even though I had been sick for the last week and was concerned that my endurance might be lacking with my weakened state. The evening prior to the race I was so insecure, lacked confidence and was really worried about how my body would perform and would my mind try to compensate in some way to legitimize altering the tactics I had planned to complete the race for once. My tactic this time around was to finish period, what ever it took. 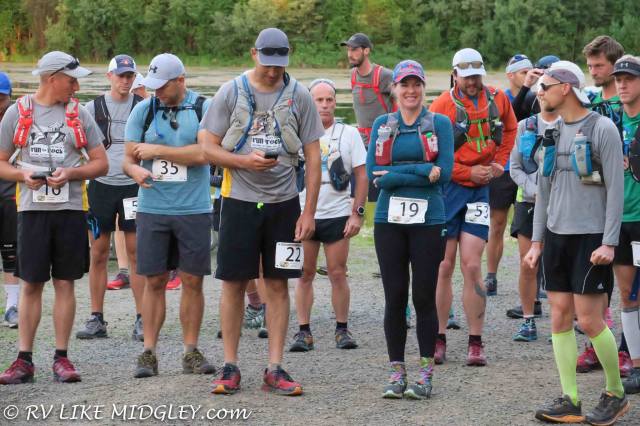 When morning came the 3 or 4 hours of “sleep” did nothing for my anxiety and just getting the coffee made in time became a trigger for stress, even as I tried to make light of it, it still played with my mind. Getting ready for the start felt rushed and haphazard as if I was totally out of my element, making it to the start line with a minute to spare didn’t help much for how unprepared I felt this morning. But, when we started I actually felt pretty good, a little sluggish but good and the first mile went by rather comfortably. As the first few miles of climbing passed I still felt good and had yet to hike any of the steeper sections as I did last year, or even a couple of weeks ago during a training run.

As I approached the first checkpoint at mile 8 I still felt amazing and fresh in and out, I was at the check point for about a minute not wanting to let my legs cool down. Arriving at checkpoint 2, mile 15.5ish I was beginning to feel some strain from all of the climbing, but with so far to go I still felt great and promised myself to take is easy over the next couple of miles. People and friends passed me while I was hiking and enquired as to how I felt and I told them it was all in the plan to ensure I finished. Being patient and taking my time from mile 18 to mile 21 paid off and arriving at checkpoint 3 (mile 22.5) I felt amazing and I was remembering how terrible I felt last year at this point, cramping hamstrings and overall physically exhausted. I stopped at the aid station just long enough to refill my bottles and take off.

This is when I picked up a runner (or picked by her) Lauren, awesome person, a blast to talk to and an amazing speed hiker! Since the majority of the next 6 or 7 miles isn’t very runnable (you can run it, but the risks of tripping up is so high it really isn’t worth it for a mid pack runner) so we had plenty of time to chat and grunt up the short and steep climbs. At 28 miles Lauren and I separated, she needed to rearrange the food and gear in her hydration pack and telling me to continue on, that she would catch me later. I started running and made the junction of the descent trail down to the Angel Creek drainage in pretty good time. The trail down to the Upper Cabin check Point 4 begins very technical and is not very good for running so another mile of hiking was waiting in store for me, but the second mile down to the cabin was wonderful and I managed to only fall once!

The trail for the last 10 or so miles had been an amazing mix of trail and tundra landscape “meandering ” where the trail disappears leaving you to wander along ridgetops with endless views. Now down in the Angel Creek Drainage I was buried in Birch trees following the ten mile long Angel Creek Hillside, a magnificent year round atv trail put in a while back to take pressure off of the winter trail that follows straight up the valley. With several stream crossings the run out of the valley, though beautiful is fairly uneventful and straight forward. It’s a great runnable section of trail that you can make up a ton of time on or slow down and allow your body to recover a bit before hitting the Angel Rocks Trail portion of the race.

At the trailhead and checkpoint 5 I was pretty tired from running down the last 10 miles, I was after all 40 miles into the race and feeling every bit of the 40 miles. I picked up a friend who was dealing with some cramps and we walked out of the aid station to run walk the 2 miles of muddy bogs that made up this section of the Compeau winter trail. About half way through we get the joy of crossing the near crotch deep Angel Creek and I savored every moment of the ice cold water cooling down my battered legs. My friend Chris ran off ahead of me leaving me to wade in the creek and it was worth every minute, but I did have to continue on and battle the clouds of mosquitos over the next mile.

At the final checkpoint at Angel Rocks trailhead and mile 42 I rifled through my drop bag, most of the things in there I didn’t need so I chatted up with the volunteer crew there before heading out. My plan to survive the next 3 miles was to hike these miles regardless of how long it took so I could make the ridge healthy and strong. I did manage to walk the first half mile before breaking into a run, it can’t be helped, that trail is so fun to run. But, the trail then heads up to gain 1,800 vertical feet over the next 2 miles and it would be the longest 2 miles of my life!

I slowly worked my way up the climb stopped every couple of minutes to wait out painful cramping in my right tibia and then continue on. After a lifetime of struggling along the climb I finally made it to the top of the ridgeline and shouted with joy of getting that challenge behind me. I hiked for a short bit before picking up the pace and running again just as the rain drops began to blow in and within a mile, around mile 47 the rain started coming down, not to bad but enough that I had to stop and put on my shell. The rain lasted a short bit just as I caught back up to Chris and I got to enjoy his company for a mile or so before he dropped me, he was running very strong now. The last mile was first a bog of mud and water that, no matter what you could do you were going to get dirty so I accepted my fate and trudged through the mud.

After another mile of amazing single track running and one hard fall after tripping over a tree root I popped out of the trees wondering where the bloody finish was, after all I was at mile 50.5 of a 50 mile race and then there it was. I thought I was going to cry and I did a little, unable to control my emotions, I ran to the finish line coming to a walk on the mark vowing to not run an extra step beyond that point.

Thanking Drew the race director I sat down with friends and took in what I finally accomplished. I felt that having finished this race I could put it behind me and look forward to new challenges down the road but as I sat there for a while, after changing into fresh clothes, I began thinking about where I could make up time, where I made some mistakes and where I ran really well. I could easily shave an hour and a half off of next years time…………